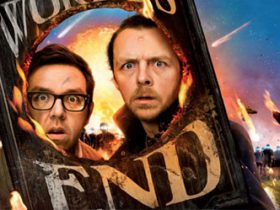 The film starts in 1963, with a young Dick Cheney working as a lineman in Wyoming. In his early life, he is a drunk, a college dropout and a waste of space. His wife Lynne is furious at the state his life is in and threatens to leave if he doesn’t clean up his act.

By 1969, he has joined an intern programme at the White House, working under the Nixon administration. Here, he meets Donald Rumsfeld, wonderfully portrayed by Steve Carell, who is Nixon’s economic adviser and will play a key role in Cheney’s future.

In these early years, Cheney is new to the political game but quickly learns the ropes whilst on the job, becoming a savvy operator in the corridors of power. After overhearing Henry Kissinger discussing the secret bombing of Cambodia with Richard Nixon, without approval from Congress, he discovers the true power that the executive branch has in Washington.

After Nixon’s resignation, Cheney rises to the position of White House Chief of Staff for President Gerald Ford while Rumsfeld becomes Secretary of Defense. But after Ford is voted out after only one term, Cheney is left unemployed and adrift.

He then decides to run for office as a representative for Wyoming. However, there is a problem, as Cheney is a very awkward and uncharismatic man, although he can work the movers and shakers in the halls of power, this doesn’t translate when trying to impress the voters. Here, he suffers his first heart attack, hospitalizing him during the campaign. But this actually turns out to be the lucky break he needs. His wife Lynne campaigns on his behalf and is much more charismatic and relatable to the people of Wyoming, which helps him win the seat.

During the Ronald Reagan presidency, Cheney became a mover and shaker in the House of Representatives and served under President George Bush Senior during the first Gulf War. By this point, he has become a massive player in the Republican party and has developed an ambition to run for President. However, in his personal life, he and his wife are raising a family, and their daughter Mary reveals to them that she is a lesbian. To spare her from massive media scrutiny, Cheney decides not to run for President and steps away from office.

He then becomes the CEO of the multinational corporation Halliburton, and he and his family live the rest of their lives healthy and happy. The end.

Of course, I joke. This review, and the film, does not end there. The film pulls this trick, though, with a false ironic epilogue before skipping back to carry on examining Cheney’s rise to power as Vice President under George W. Bush, his reuniting with Rumsfeld and his actions during 9/11 and the Iraq War.

The film is undoubtedly ambitious and exciting, flitting between different time frames with a ferocious pace and never lingering too long. The dramatization is interspersed with montages of real-life footage, re-enactments and drama, with narration by Kurt, a fictitious veteran of the Afghanistan and Iraq Wars. It is like a History Channel documentary and is very reminiscent of Oliver Stone’s JFK (1991).

The performance by Christian Bale as Cheney is outstanding. The little ticks and nuances create a caricature of the man, which captures him perfectly, revealing a gradual development of a malicious character that is simply chilling. He is supported fantastically by Steve Carell as Rumsfeld in another stellar performance, and Amy Adams, Sam Rockwell, Tyler Perry and Jesse Plemons are all equally compelling in their roles.

Vice is unconventional and bitterly ironic, making it both hilarious and frightening. Cheney is an ambiguous character, a man we know so much and so little about, as the film professes, but what we see on screen is believable as what we know to be true is very accurately portrayed. The film was incredibly divisive on release due to its political nature and the stance it takes. But a movie like this would not be any good if lots of people didn’t hate it.

The storytelling is compelling, and the sarcasm is riveting, resulting in an enjoyable and singular political biopic. Dick Cheney will go down as one of the most divisive political figures in modern history. The machiavellian manipulator wielded power like no other during some of the most turbulent times in American history. Some would call him a war criminal. Some would call him a corporate-military gangster. Whatever you think of the man, he is a fascinating study and makes a perfect subject for a movie like this.

Well, that definitely is it for this review of Vice!

Did you enjoy Vice?  Let us know in the comments!