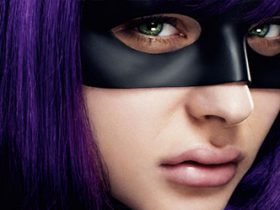 Weird Science (1985) is a classic John Hughes comedy that fits right into the zeitgeist of the coming of age teen films of 1980s Hollywood. Starring the then irrepressible Anthony Michael Hall as Gary and Ilan Mitchell-Smith as Wyatt, these teen friends decide to design their ideal woman on a computer. During a freak electrical storm that attacks the house, the woman comes to life in the guise of Lisa, played superbly by the gorgeous Kelly LeBrock.

The film then follows the teens’ adventures as Lisa helps to improve their lives, and eventually gives them the confidence to turn from boys into men. She outfits them in cool clothes, surprises them with fast cars and teaches them to stand up against the bullies – in particular, Max and Ian, played here by Robert Rusler and a very young fresh-faced Robert Downey Jr.

At the time, and during the many years since, the film has received criticism for being vulgar and silly, sailing through the typical coming of age tropes without really exploring any serious topics. The ragged script was described by one reviewer as feeling like “a teenage boy wrote it”. And I could sympathise with that analysis, the reason I probably loved it as a kid was its childishness. But I think it still stands up all these years later and has a bit more going for it than people give it credit for.

It’s a tale of outcasts, a common trope of 80s movies like The Breakfast Club (1985), but in this case, the characters don’t ever really become cool, in the end they are still dweebs. It just teaches the power of confidence, the reality of standing up for yourself against those who will push you down – be that bullies, parents or even society. And yes, the way it traverses this is silly, but through that comes great humour.

Perhaps the craziest aspect of the film is the concept of a computer creating a woman. Obviously a ludicrous assertion of what technology is capable of, but this was the 80s, many films predicted wildly silly things. This was of course a nod to the Bride of Frankenstein (1935) which is featured playing in the background of the scene.

The performances of Ilan Mitchell-Smith and notably Anthony Michael Hall, who at this time was an elite tier bankable star as part of the press coined “Brat Pack”, were magnificent, bringing a naive subtlety that you can believe in – characters you care about. Something that is often missing from modern films.

There is a carefree amount of fun to Weird Science. Sure, it won’t win plaudits. John Hughes did far superior films with Ferris Bueller’s Day Off and The Breakfast Club. But I probably enjoy this more than Sixteen Candles and other similar films of the era. I don’t think a movie like this would be made today – even the 90s spin-off TV series made only a decade later didn’t fare very well.

Weird Science is a film I keep returning to though, because it is nostalgic fun and the silliness of a movie like this, is perhaps its saving grace. That, and the banging theme tune from Oingo Boingo. It may be crass at times. It may be dated with its references and technological portrayals, but the jokes are still funny and there’s a lot to love about this wacky story.

That’s it for this review of Weird Science.

What do you think of Weird Science? Do you remember it fondly, or is it not your cup of tea? Let us know in the comments.

Till next time… stay weird!