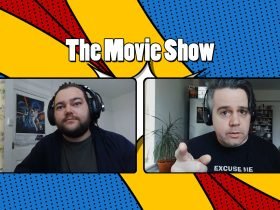 Shaka King’s debut feature Judas and The Black Messiah is the telling of a bona fide tragedy. The new film from Warner Brothers focuses on the life of Fred Hampton, the chairman of the Illinois chapter of the Black Panther Party in the late 1960s. Hampton was murdered by the police while he slept in his bed, a life cut short at just 21 years of age. The ‘Messiah’ of the piece, Hampton is portrayed by British actor Daniel Kaluuya who plays opposite LaKeith Stanfield’s ‘Judas’ – Bill O’Neal, an F.B.I. informant who was responsible for supplying the authorities with the information that lead to Hampton’s assassination.

The film begins with a montage of real-life footage which contains newspaper headlines of Martin Luther King’s assassination, interviews with members of the Black Panthers and contextual snippets which act as a historical preface to the story and immediately inform us that what we are about to watch is very much based on real events. Much like Spike Lee’s seminal biopic Malcolm X (1992), the opening of the film sets out to establish the picture with a strong sense of verisimilitude, before it delves into a more stylised, cinematic portrayal of events. Lee’s film uses a voice-over of Denzel Washington as Malcolm X giving a speech about the criminality of ‘the white man’, set to harrowing footage showing Rodney King being beaten within an inch of his life by a group of L.A. police officers. Just as that film served as a response to those events in the early 1990s by exploring a story from a previous era, Judas and the Black Messiah can also be viewed as an artistic antiphon to the recent events in the U.S. which include the shooting of Breonna Taylor and the murder of George Floyd, both crimes having been commited by members of the police.

The first chapter of this biblical film introduces us to William “Bill” O’Neal, an ambitious young car thief who masquerades as an F.B.I. agent in order to hoodwink his unsuspecting victims into parting with their car keys. Having successfully managed to procure said keys, he would then simply drive away in the vehicle without having had to brandish a weapon or take what he wanted by force. O’Neal was street-smart, clever and very sneaky. The very model of a confidence trickster, he possessed skills that would serve him well as an informant. Later posing as a fully fledged member of the Black Panthers, O’Neal grew close to Hampton, winning his trust and ultimately betraying it, earning him the infamous moniker Judas in this film’s title. O’Neal, played by the incredibly well cast Stanfield, is the true protagonist here and the character that we get to know first. In an exciting opening, we witness him hustling a group of young black men in a barroom with the intention of stealing a beautiful red car. This attempt is almost thwarted and results in O’Neal’s arrest. He is then confronted by a real F.B.I. agent Roy Mitchell (played by Jesse Plemons) who offers O’Neal his freedom in return for services rendered.

Having setup O’Neal’s thread, the film then turns its attention to the central character of Hampton. Here we get an introduction to a young and enigmatic figure who is inspiring a great deal of his community with his eloquent rhetoric. As the deputy chairman of the Illinois Black Panthers, Hampton is a key figure in Chicago’s black community and already at the top of J. Edgar Hoover’s most wanted list. Initially reticent to compromise on his beliefs that the use of force is the only way to power, we see a passionate man who is helping to feed, clothe and educate the youth in his community, completely independently of any outside assistance, particularly that of the government or local authorities. We are also introduced to Deborah Johnson (played by Dominique Fishback) who would become Hampton’s lover and a key influence on his thinking and development as a community leader.

O’Neal joins the Panthers and gradually earns their trust, becoming Hampton’s driver and eventually working his way up to become the head of security. We witness Hampton reach out to other sections of the black community as well as Latin American and white “redneck” organisations, in order to form a Rainbow Coalition of oppressed proletariat, who would unite, wrest the power back from their capitalist persecutors and thereby become liberated first-class citizens. Johnson’s influence on Hampton is a clear part of his development as a leader and spokesman. His once militant beliefs soften in to a more informed and inclusive conviction that “all power to all the people” is the way forward and the superior route to freedom. This is very much to the chagrin of the established order and portrayed as Hoover’s worst nightmare coming true; organised black socialists who are keen to make alliances with other left-wing organisations and unite to fight the system. With O’Neal’s help, the F.B.I. manage to quell Hampton’s rising influence by imprisoning him for two to five years for having allegedly stolen $70 worth of ice cream.

While Hampton languishes in prison, Bill O’Neal becomes a key figure within the Black Panther’s Chicago operation and a trusted party member, all the time leaking important information to his contact Mitchell and betraying his comrades in arms. Stanfield is nothing short of excellent as this complex character whose number one rule is self-preservation. At times O’Neal is portrayed as getting off on the danger, despite obvious concerns that he will be discovered as a rat and dealt with accordingly. Stanfield has an uncanny ability to show you what his character is thinking without having to utter a single word.

Indeed, all the performances here are extremely well rendered, Kaluuya is more than capable as Hampton, Fishback is strong as well as tender as Johnson. Plemons is comfortable playing the nefarious and sinister Mitchell, a man on a mission whose motivations are to please the boss and bring an end to an organisation that he perceives as being equal to the Ku Klux Klan. Martin Sheen gives an equally competent turn as Hoover, dodgy prosthetics not withsatnding. But it is Stanfield’s portrayal of O’Neal that is the stand out turn and there is no doubt that this young actor is going to produce even more astonishing work in the years to come.

These excellent performances complement the incredible cinematography, rousing score and incredible attention to detail within the mise en scène. Being a period film, every detail has been painstakingly realised in every aspect of the movie, which really cements the authenticity. This is the kind of filmmaking one would expect from a seasoned auteur, not from a debutant feature director whose previous credits include a modicum of TV work and a handful of short films.

At just over 2 hrs long, my only criticism is that the film is possibly a little too short for this kind of subject. Unlike the aforementioned Malcolm X which is an hour and twenty minutes lengthier, Judas and the Black Messiah is slightly rushed in some places, clocking in at just over two hours long. Although it does attempt to cram in all the necessary elements of this complex and intricate drama, I personally felt that there was room for more and the truth of the situation might have been even more clearly realised with another hour of detail. Admittedly this is a minor criticism and I did appreciate the telling of events as is, but I would not be surprised if a extended cut surfaces in the future with the subtitle extended or director’s cut, etc.

There is no doubt that Fred Hampton’s fate was another appalling chapter in an ever-expanding collection of wrong-doings by the United States Government. It is therefore all the more important that films such as this are made, as they educate the ignorant, throw light on the darkest shadows of history and help future generations to learn that the past is not so different from the present, in that yesterday’s fallen heoroes dedicated their lives to a cause for which we still fight. Detractors will say things like “All lives matter”, but how can all lives matter when black lives still do not? As a young teenager, I was able to learn about parts of American history via films like Malcolm X. Watching this film led to further reading, viewing of documentary films and TV programs and hours of discussion with peers about these topics. When done well, these films have the ability to connect us with a past that is not forgotten, a past that is reminiscent of the present and hopefully part of an understanding that will lead to a future without discrimination and injustice.

This film is certainly done well and King will be a strong voice in the future, no doubt drawing comparisons to his own heroes and influences of cinema, the best of which are already prevalent in his work. I would label Judas and the Black Messiah as essential viewing and a must-see for fans of historical and biographical films. A great movie for those who relish great performances from bright new talent and one that will be appreciated by all good people with a sense of social conscience and a love for all shapes, sizes and colours of human beings.

Earlier this year we released a reaction video in which we viewed the trailer for the film and shared our thoughts after seeing it. See more content like this on our YouTube channel.