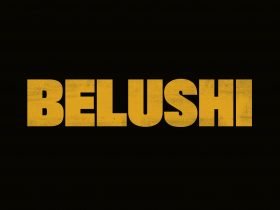 Intended to be a peaceful protest at the 1968 Democratic National Convention in Chicago, a protest against the Vietnam War turned into a violent clash with police and the National Guard. The organizers of the march, including Abbie Hoffman, Jerry Rubin, Tom Hayden and Bobby Seale, were charged with conspiracy to incite a riot and the trial that followed was one of the most notorious.

The Trial of the Chicago 7, the second feature to be directed by noted screenwriter Aaron Sorkin, is an in-depth historical dive into this incredible part of American history.

Aaron Sorkin is a personal favourite of mine, with a writing style that is incredibly unique in modern cinema (and television). With lots of awards, including Oscars, Baftas and Emmy’s, Sorkin has covered military courts (A Few Good Men), Sports coverage (Sports Night), high-level US politics (The West Wing), baseball (Moneyball) and the invention of one of the world’s most popular websites (The Social Network). This time he turns his hand back to a courtroom drama, in a familiar People vs the Government case.

His writing, and indeed his directing style, which closely resembles his hand, is perfect for these in-depth biopic style pieces. Much like theatre, one of his passions (A Few Good Men was a Broadway play), his scripts are driven more than anything by characters. His noted technique is incredibly fast paced-dialogue, laced with witty humour and zany memorable lines, something that enables him to create energetic and exciting stories out of drier topics. He has an uncanny ability to break the adage – show more, say less – and make it work tremendously.

The Trial of the Chicago 7

The topic of the film, therefore, is made for someone like him. He can take this fascinating less-well-known (at this point anyway) moment of important US history and turn it into a brilliant diatribe that is as important a case to make today as it was in the 1970s. Much has been said about the political economy of the film and the current relevance and it feels genuine – the parallels of the extreme grandstanding methods employed by the Nixon administration are alive in the Trump administration, and the divides in society are running almost as deep as they were in 1968.

The Trial of the Chicago 7 shows how a political decision by Nixon’s new administration to stage a show trial to intimidate the hippie, peace activist and black power movements in their opposition to the Vietnam War and how the legal conventions were being abused, turning democracy into a farce.

The movie follows the courtroom processes and manoeuvring. Much of it is depicted as either intentionally satirical by the defendants or incompetent and prejudiced by the judge.

The film has a tremendous cast of talented actors pouring out this unique dialogue effortlessly, including:

The best performance has to go to Baron Cohen, who already had a strong resemblance to Hoffman, delivering a pointed and deep portrayal, with a genuine belief demonstrated in words he is saying, really following on from his previous more serious performance in The Spy.

The movie is fleeting and sharp, rattling through the scenes like a racecar, but knowing when to take that pit-stop, to slow it down, and meander through the tension to allow those crescendos to build. It’s got tremendous pace and a very cool and unique visual style, blending flashback scenes, off-screen monologues and real-life footage into a tale, interwoven with the court case as a framework. This technique has been used many times in Sorkin’s television productions, and I think it works tremendously well. It allows a montage of ideas and visuals to mix to deliver the narrative and the themes more effectively.

The film is currently streaming on Netflix and is definitely worth a watch. It’s entertaining viewing with a real message to deliver to its audience, that may be an essential note for the year. Sorkin’s brand of sharp writing about politics, media, and culture really hasn’t gone out of style.