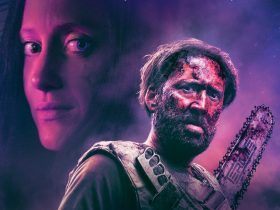 You would be forgiven for thinking you were watching live footage from recent news events when viewing the National Geographic documentary film LA 92 (2017). In the wake of the murder of George Floyd by Minnesota Police, there has been an outbreak of protests, riots and violence across the United States of America. This is something that has become all too synonymous with the ‘land of the free’. As one person remarks in the film, “Racism is as American as Apple Pie.”

Although many people are stunned that police brutality, racism and persecution still exist in 2020, we only have to look back 28 years to see similar scenes after the police officers that brutally beat motorist Rodney King, were acquitted by a jury in Los Angeles in 1992. Despite damning video evidence that laid bare their crime for the whole world to see, all of the officers charged were found not guilty and released without any form of punishment. Much like the recent case of George Floyd, and just a few months before him jogger Ahmaud Arbery, the Rodney King incident was so inflammatory because of the video footage. Thanks to technology, racism is now being filmed much more frequently. But back in the early nineties, this phenomenon was relatively new.

Hand held video cameras were introduced for mass consumption in the 1980’s, and they would grow in popularity during the following decade. For the first time in history, people possessed the ability to make their own films and home-movies en masse. This meant that that a lot of things that would never have usually been recorded without a TV crew present, were now captured by amateur enthusiasts and non-professional camera operators. This of course leads to the society of today in which we are completely used to fact that cameras are recording our escapades perpetually.

These days anyone who owns a smart phone has the ability to record video footage and sound. This was how the harrowing footage of the arrest and murder of George Floyd was captured. The footage was also streamed on social media, providing instant exposure and going viral rapidly thereafter.
In 1992, footage would still have to be released on TV to have anywhere near a similar reach. But this is exactly what happened with the Rodney King incident, the now infamous footage being seen by millions around the world. The video is just as shocking and appalling now as it was then. Viewer discretion is advised.

The footage throughout LA 92 is comprised of home-videos, news reports and powerful still imagery that is incredibly well edited together. It not only tells a clear and cohesive story, but also invokes a real sense of danger and terror. The neighbourhood riots in the South Central area of L.A. saw buildings burned to the ground and eventually the area was brought under martial law in order to restore order. We see the court case and tension in the black community reach a tipping point, when the police officers accused of brutality are protected by the system and turned loose. The anger is palpable and the message that this kind of behaviour will go unpunished, lights a powder keg of societal uproar that is both shocking and terrifying.

The fact that these issues still exist in modern society is most probably the reason we have witnessed so many similar scenes across the nation in the last week. Peaceful protesters have been caught in the crossfire between criminals intent on looting and arson and a police force trying to prevent societal breakdown. That is exctly what we witness in LA 92. In the days following the not guilty verdict, the poorest black neighbourhoods become a battle ground. White people are targeted just for being white, people are pulled from their vehicles and beaten senseless, stores are looted and buildings are raised to the ground. Such is the anger of the poorest and most desperate in society, that the news of the injustice provokes a venomous reaction which only serves to create more chaos, pain and fear.

The production value and sense of balance presented in LA 92 is world class, as you would expect from a Nat Geo backed film. It is an important film to watch now in the midst of all the recent carnage because it serves as a reminder that these things have been happening throughout American history. The film itself, references earlier race riots of the 1960’s in which the same injustices and perpetuation of needless violence were at the core of the problem. How long will it continue?

Viewing this documentary is an opportunity to learn from the mistakes of past generations and begin to educate ourselves about the systemic racism and division in our so-called civilised society. In order to avoid wanton destruction and savagery in ourselves, we must walk away from ignorance and begin a journey of mutual respect and understanding. We shall end here, as the film is ended, with a quote from TV reporter Bill Stout; “What shall it avail our nation, if we can place a man on the moon but cannot cure the sickness in our cities.”

You can currently view the film on Netflix or on YouTube here.