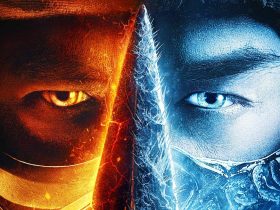 In 1978 John Carpenter’s Halloween was released and the Slasher genre as we now know it was created.  Many scholars credit Alfred Hitchcock’s Psycho as being the first entry in to the sub-genre. Norman Bates knife wielding madman laid the foundations and then came The Texas Chainsaw Massacre, taking the backwoods killer and dropping some ill fated young people into the mix. In between, the Italian Giallo thrillers clearly had some influence. A set of films that predominantly consist of whodunit mysteries that veer into horror due to the graphic violence depicted in their murder scenes. However these films look more to have had an effect on the plethora of Slashers that followed in the wake of Carpenter’s Classic.

Halloween has an incredibly lean plot, its stripped down to the bare essentials. The film is just as happy to function as a scary theme park attraction as much  as it is to tell a story. After the credits sequence that simply features a jack-o-lantern sitting on a black backdrop accompanied by the incredibly chilling theme music, the story begins in Haddonfield, Illinois in 1963. The opening is shot entirely from one point of view. A voyeur watches a teenage couple in a living room from outside until they go upstairs. At this point they take a carving Knife from the kitchen. The boyfriend leaves and the camera then ascends to the upper level of the house where the character, whose point of view we are seeing, butchers the helpless girl. They then walk back out to the front of the house where a couple pull up in a car. They take off the mask of the killer to reveal Michael Myers, their six year old son. They stand, shocked and motionless, staring at their child who is stood still clutching his bloody weapon.

The film then cuts to fifteen years later to Dr Loomis, Donald Pleasence in one of his most iconic roles and a young Nurse who are going to collect Michael from a maximum security psychiatric hospital to bring him before a judge. However Michael escapes and returns to Haddonfield to stalk bookish teenager Laurie Strode played by Jamie Lee Curtis in what would be the first of her Horror roles that lead to her being dubbed ‘The Scream Queen’. Loomis follows in hot pursuit and warns the local sheriff, who does not take the Doctor’s advice as seriously as he should. When darkness eventually looms, Michael begins his gradual assault on the babysitting Laurie and her friends.

Taking place mainly around the town of Haddonfield, Halloween is a small scale film so at first glance it may seem odd Carpenter chooses to shoot the film in a wide 2.35 : 1 aspect ratio. I usually have reservations about this style being employed and find it best suited to films of great scale such as westerns with Sergio Leone’s work being an obvious example. However Carpenter and cinematographer Dean Cundey use this wide angle to perfection. Haddonfield’s quiet autumn suburbs become an eerie baron landscape for Myers to prowl. For the first half of the film which takes place in the day, he appears briefly and solely to Laurie from behind bushes and washing lines. This combined with the simple but highly effective score gives the film an incredibly creepy atmosphere throughout. From Michael’s initial escape to the inevitable showdown with Laurie the tension is constantly building. The film has a very low body count and a minimal amount of gore which again goes to prove the less is more approach works best and it is the combination of direction, cinematography, lighting and music that combines to create the fear and suspense. Unlike much of today’s horror output Halloween is deigned to get your heart racing not your stomach churning.

The film constantly switches between the three main principal characters Laurie, Michael and Dr Sam Loomis. Just as Dracula had his Dr Van Helsing, Myers has Dr Loomis who spends the majority of the feature playing catch up. He knows Michael has come back to Haddonfield for his gruesome anniversary but he doesn’t know exactly where or quite when he will strike. Loomis has been Myers’ Doctor since he murdered his sister and it is Loomis alone who fully understands the threat the psychopath presents. The good Doctor constantly tries to put this into perspective with lines such as “Death has come to your little town sheriff.” and by recounting his time spent with the young Myers. This serves to ratchet up the tension for the audience by building an even scarier mythology around the character making his impending actions all the more terrifying. The Doctor’s nerves are shot, he is quick to pull his gun at the slightest noise and his bold exclamations through his strained voice only supplement his image as a crazy old man to the other characters he interacts with throughout the film. His frustrations represent the viewers’ in that nobody in Haddonfield understands the horror that awaits them. Pleasence is perfect and reprised the character in the next four Myers sequels.

Jamie Lee Curtis is also very good in what was her film debut. As the slightly awkward teenager who doesn’t fall victim to the same peer pressures as her friends, Curtis is likeable and strong. Decked out in an apron during her babysitting tenure, she behaves more like a grown women who has skipped adolescence altogether. When the character does change from the sensible teenager to damsel in distress, Curtis is never annoying and you generally care about her. Nancy Loomis and P.J. Soles also provide strong support. Loomis is great as Laurie’s more confident friend Annie and Soles is “totally” amusing as horny cheerleading airhead Lynda.

Then there is Michael Myers himself, ever since I first saw him on a promo for the BBC advertising a showing of the film, he immediately stood out. Halloween was one of the first all out Horror films I saw and Myers has been my favourite movie monster ever since. A tall imposing figure sporting a dirty boiler suit and a blank emotionless white mask with blacked out eyes, he has always been nothing short of terrifying. He doesn’t say a word and unlike the future Slasher antagonists of the Friday the 13ths, Rosemary’s Killer and The Burning he does not have a clichéd back story in which he was previously wronged, there is no known motive for his actions. Just as Loomis describes “what was living behind that boy’s eyes”, he is pure and simple evil. It is this unstoppable creature whose image along with the famed score that has carried a series of sequels of varying quality and has made even the poorer efforts bearable.

I have seen a great number of films in my time and a fair few horrors. To this day I still find Halloween to be the scariest of them all. It is still the film to which all Slashers made since are measured by, which is pretty impressive considering it has just turned thirty five. Possibly John Carpenter’s best work, (The Thing runs pretty close) this is the veteran director and his  team (including producer Deborah Hill and the previously mentioned Dean Cundey) at the height of their powers. Halloween isn’t just a classic horror, it’s a classic film and whether it’s your first viewing or a revisit, there is no better time to watch Michael Myers come home than the 31st October. Happy Halloween!