When I reviewed the first Hobbit film; An Unexpected Journey, around about this time last year, I mentioned how disappointed I was and how the film dragged, although it did have it’s highlights. I mentioned that Peter Jackson had perhaps lost his mojo despite being a terrific director. With the latest Hobbit outing; The Desolation of Smaug, I think he has got his mojo back!

In complete contrast to my experience with the first film, I enjoyed this film from beginning to end. An action packed extravaganza with great special effects, superb set pieces, witty dialogue and superb acting from a stellar cast. The interesting thing is how the film really deviates from the book, bringing in characters that did not appear in the book and changing key plot points, but all for the benefit of the film and the series in my opinion. However, I still hold to the belief that the series has been dragged across three films gratuitously, no matter how much I enjoyed this outing. Never mind what Mark Kermode may claim over at the BBC blog section. 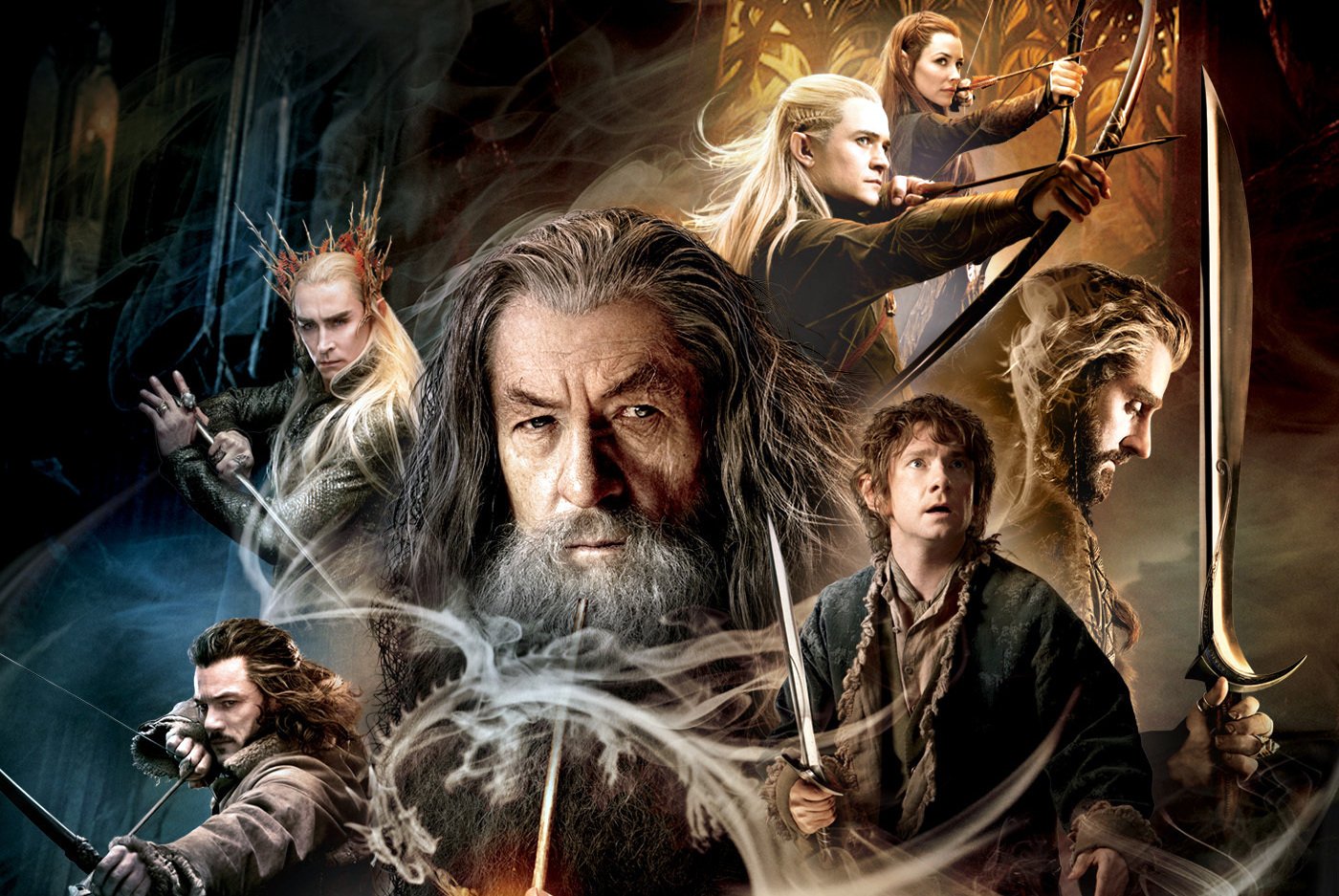 The plot follows on from the first in the series as the dwarves, along with Bilbo Baggins and Gandalf the Grey, continue their quest to reclaim Erebor (their homeland) from the dragon Smaug. Bilbo Baggins is also in possession of a mysterious and magical ring. The film has a stunning cast with Martin Freeman, Richard Armitage (one of my current favourites), Sylvester McCoy, Cate Blanchett and Ian Mckellan all returning. There is also the dulcet tones of Benedict Cumberbatch, who voices Smaug, and the always delightful Stephen Fry who plays a wonderful part as the Master of Laketown. We also see the return of Orlando Bloom as Legolas, a move which genuinely caught me by surprise and was a pleasant addition to the story.

With the elongated ‘storytelling’  of the first part now out the way, the second movie in the trilogy jumps straight into the action and doesn’t relent until the cliffhanger ending almost three hours later. It is a barrel of fun throughout and contains the most frustrating and infuriating cliffhanger I have ever seen on the big screen, apart from perhaps The Italian Job.
Now it has to be criticized for the fact that the plot is quite thin in the film, with sequences dragging on in places and not really bringing the story forward. Some have mentioned the fact that only five of the original book’s chapters are present in this film adaptation and that the character development is almost zero (although I think Bilbo’s character grows a lot more than people are crediting). But regardless of this, I found the film an entertaining blockbuster that supersedes it’s predecessor.

Great credit also has to be given to the depiction of Smaug, for which the special effects are truly incredible. Throughout the film, the thought of how far CGI has come on, was dawning on me. Though impressive, LOTR always felt like a CGI film, whilst this movie didn’t. A real stage of realization has dawned, where we understand by combining CGI and real effects on the screen and use these effects in a special and more realistic manner, the best outcome can be achieved.
Now, the fact I enjoyed this film may come down to what I call the ‘middle film syndrome’ – X-Men 2, The Godfather 2, Empire Strikes Back, The Dark Knight, Terminator 2, Bourne Supremacy, LOTR: Two Towers – all of which are the best films in their trilogies/series, at least in my opinion. I think that because these films don’t need an introduction, no true ending, they are cliffhanger based and take place with a fully-fleshed story in the middle of the dark point of the film series’ narrative (the problem). They have an easier narrative to navigate and a better chance, at least for Hollywood, of telling a quality gripping story.  It is an interesting and often discussed topic, and I think again we find a film that will take one of those crowns.

I think I have to conclude that this movie is superb in terms of spectacle but still light on the narrative. On Rotten Tomatoes the film has a 75% Fresh rating which beats it’s predecessor which only had 65%. I enjoyed the film upon first viewing, it does well, but the evident criticisms still apply. I score this second instalment of the Hobbit story highly, but it’s still not what it could have been.