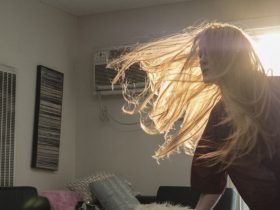 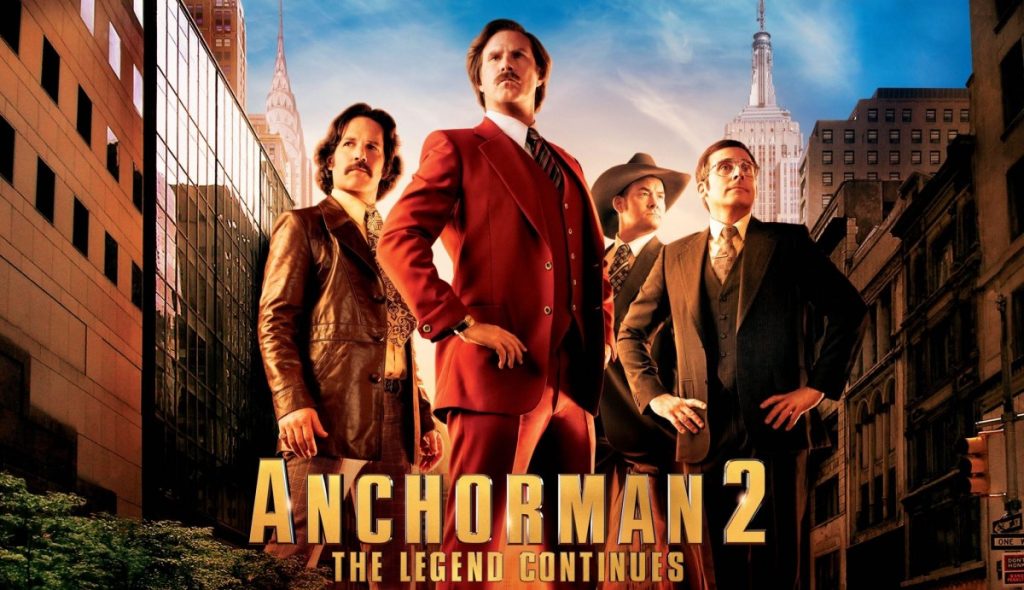 After a nine year absence from the big screen Ron Burgundy and the team are back, this time staying classy in the Big Apple, eighties style. The film marks the fifth big screen collaboration between actor/writer Will Ferrell and director writer Adam Mckay and it is this team that tends to produce the veteran comedy star’s stronger vehicles, the previous four consisting of the original Anchorman, Talladega Nights, Step Brothers and The Other Guys. Anchorman 2: The Legend Continues continues this tradition and cements Ron Burgundy’s status as Ferrell’s signature character. Before Ron Burgundy, the actor’s most successful roles were Old School’s ‘Frank the Tank’ and Elf, however it was the seventies newsreader that resonated most with audiences and it is the character that has formed the basis for the bulk of the actor’s other comedy film creations. The generally misinformed, sharply dressed, jazz flute loving dinosaur and his equally funny news posse were well overdue a return. Like most Ferrell fans I’ve enjoyed Ricky Bobby and Chazz Michael Michaels but if the actor is going to continue with his atypical comedies featuring the rise, fall and rise of an amusingly arrogant buffoon, he may as well do it with his original and best.

As one would expect Anchorman 2 features a fairly basic plot. After losing his dream job in New York to his wife and co-anchor Veronica, Ron ends up back in San Diego where he has faded into obscurity. However, luckily for Burgundy, Australian business tycoon Kench Allenby is setting up a 24 hour national news channel in New York. Recruited by Dylan Baker’s Freddie Shapp, Ron regroups his Channel 4 cohorts and heads back to New York where he juggles the challenges of working the graveyard shift, going head to head with new personal and professional rivals, taking orders from an African American woman and fatherhood.

The effortlessly watchable newscaster’s return follows a similar story arc to his previous adventure but this time for a whole two hours and with an array of great new characters thrown in. James Marsden stands out as Jack Lime, Ron’s rival anchor. Marsden is a good actor who all too often is cast in relatively bland roles but the film puts his pretty boy looks and comedy skills to good use creating a suitably smug foil for Burgundy. However Lime isn’t featured as much as he probably should be. The ever dependable Greg Kinnear provides Ferrell with his other antagonist as Gary, Veronica’s new Psychiatrist boyfriend and it is Ron’s verbal sparring matches with these two characters that feature some of the film’s high points. The other truly significant addition is Kirstin Wig as Chani, Brick’s new love interest and intellectual equal. The scenes featuring the pair provide the movie with some of its most cringingly awkward, laugh out loud and occasionally sweet moments. When watching them a certain line from Dodgeball’s Patches O’Houlihan instantly spring to mind.

As for the funny foursome themselves, Ferrell, Rudd, Koechner and Carell’s  chemistry is still as good as it has always been and their newsroom antics are as amusing as ever although my personal highlight of the film is early on, set over the course of three sequences that see Ron reassemble the team. However as enjoyable as Anchorman 2 is, it is not quite as funny as its predecessor. Whilst it never drags, at two hours the jokes are spread a bit thinner and although they are funny the laughs aren’t quite as deep the second time. This can partly be attributed to many of the gags being self referential retreads from the original which naturally lack their freshness the second time round. One also has to take into account the original played it pretty loose over the course of eighty five minutes, the sequel even more so across the longer running time. As Anchorman 2 contains so many subplots for Ron, they don’t all get the attention they need and some work better than others. I would have rather seen more of the Burgundy/Lime rivalry than the time spent on Ron’s new relationship. Which itself only functions to serve the film with some of its lesser jokes. Brick garnering more screen time is never a bad thing but a touch more Champ and Brian wouldn’t have gone a miss either. If there is one element the film isn’t short of its cameos. An abundance of A-list stars pop up through out, and with a couple of exceptions which ultimately boil down to personal taste, they make a welcome addition to the proceedings.

It was always going to be difficult to top the original and I doubt very few people expected it to. In the tradition of comedy sequels Anchorman 2 feels like the second Wayne’s World. It features more of the same whilst not really break much new ground. Fortunately though more of the same is still pretty funny and the film succeeds in feeding its audience an enjoyable second course for those of us hungry for more of the legend of Ron Burgundy.